Sexy Little Tart Ariana Marie Spreads Her Cheeks For Anal Attention From Steve Holmes! Looking like a sultry sex angel in her pink lace lingerie with matching stockings as Ariana tempts and teases you while crawling on a furry white rug. Steve comes in from outside to help Ariana undress, starting by taking off her bra and playing with her perfect titties before sliding off her panties. He unzips his pants and pulls his cock out so Ariana can gently lick the head before taking Steve’s massive dick all the way down to the balls. Ariana puts both hands behind her back while she takes that dick deep and Steve feeds her his ball sack. They move over to the kitchen table so Ariana can lay down on her back and let Steve feast on her pretty pink pussy. Ariana takes over rubbing her clit as Steve’s fingers wander down to her tight asshole. He goes a couple knuckles into her beautiful butthole and spanks Ariana’s ass before standing up and plunging his rock hard boner into her welcoming snatch. She spreads her pussy lips open to accommodate Steve’s girth as he hammers her hard in missionary until Ariana pushes him onto the chair so she can bounce on his balls. Steve reaches around front and flicks her clit while Ariana rides him and gyrates her hips on his thick dick. Ariana hops off and sucks that cock clean then spits all over her fingers so she can naturally lube up her tiny asshole. Dripping with her saliva Ariana bends over the table in doggy so Steve slowly guide his massive shaft up her tight butthole. It takes a while for Ariana’s asshole to fully accommodate Steve long dong but once she’s ready, he starts pounding that ass hard. Like the god little slut she is Ariana gets on her knees to taste her ass juices off that dick before they both get in the furry rug for more anal action. Steve gets behind her in spoon and rams her little rump while shoving his fingers deep into her wet pussy. He gapes her asshole for the camera then Steve lays on the ground so Ariana can mount him in reverse cowgirl and take his massive cock for a ride. Ariana holds her ass cheeks open and gapes her tiny butthole even bigger than before then she gets on the ground as Steve shoots his massive load right into Ariana’s mouth! Ariana Marie, Steve Holmes 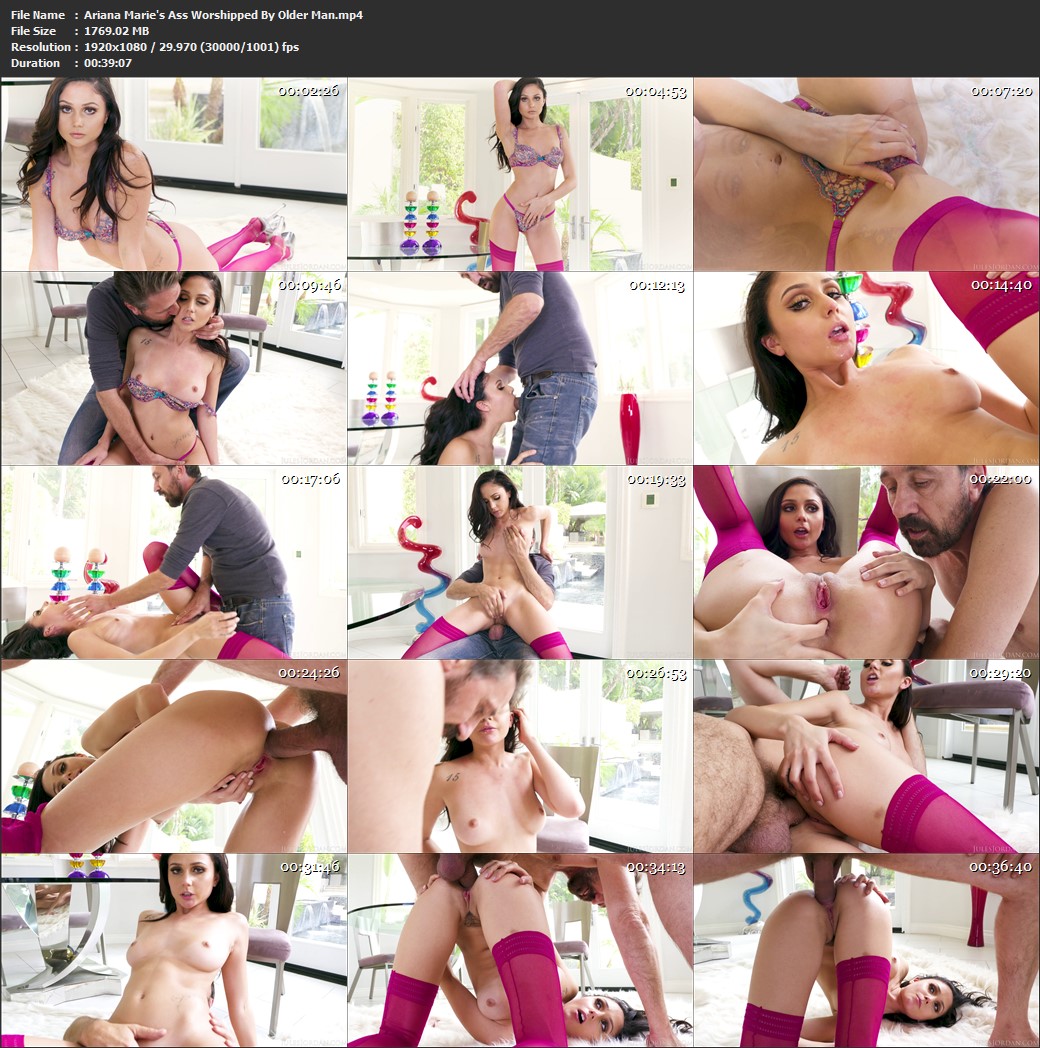 Khloe Kapri Has Her Ass Satisfied